I am investigating soil and geomorphological factors connected with cohune palm stands in northwestern  Belize. Cohune palms (Attalea cohune) form monodominant stands, and consequently affect forest composition, forest heterogeneity, and soil morphology throughout Mesoamerica. Scientists have noted the association of these palm stands with deep and highly organic soils. Yet, we know little about the provenance and broader ecological implications of this dominance. 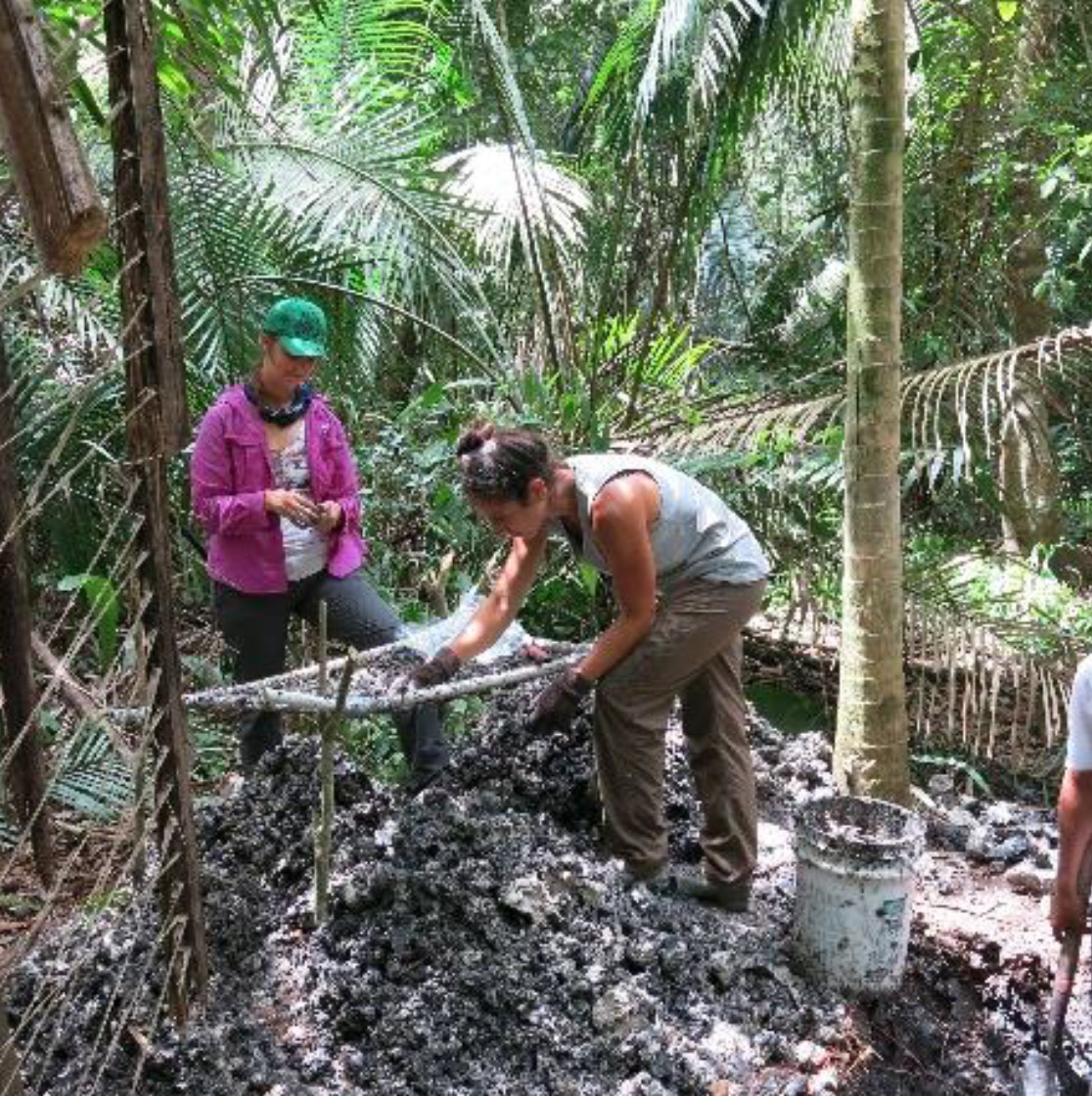 The 2017 field season for this project consisted of three weeks of intensive field work, resulting in four soil pits and fifty-five soil samples. Through this work I intend to clarify the origins of cohune forests; as well as,  monodominant stands’ effect on associated environments, contributing to broader questions concerning tropical forest composition and function.

In addition to the soil collected during this field season, soil samples of three pits from previous years within cohune palm forests will be added to the analysis. The samples exported to the University of Texas at Austin will undergo a series of analyses in the coming weeks. In the field we were recorded magnetic susceptibility  and found that the different areas under study have vastly different results. Magnetic susceptibility can indicate burning or a long period of soil formation, which will hopefully be better elucidated by the other analyses. The soils will be analyzed for organic matter, nitrate and nitrogen content, grain size, and elemental composition.